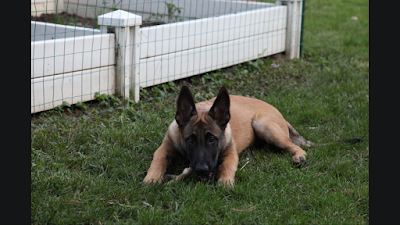 Last week when Lilly died, I knew I wanted another dog.  To have a dog die that I was so close to, one whom I trained and competed with, has left a huge hole in my heart.  We have decided to purchase a puppy this time from a reputable breeder.

Due to the nature of the breeds I love, we decided we wanted a puppy whose background we knew.   Purchasing a dog who's genetic makeup and health history from a breeder who is working to better the breed and whom has been stimulated while growing so we can get a feel for how it's temperament will be, was of utmost importance to us.  It isn't a 100% guarantee I am going to get a dog with an amazing temperament, that is clear of genetic difficulties, however it is a pretty safe place to start.

I just didn't want to rescue this time.  My heart can't handle the pain of working so hard to rehabilitate a dog, only to loose it.  This time if the dog is screwed up, I have no one to blame but myself.

Nicuk and I are really excited to welcome Toad to our family.
We pick him up this weekend!

Posted by Emily Cromer at 5:34 PM No comments: 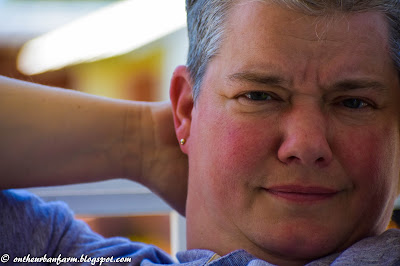 I sit here tonight, with a house all to myself, I am moved.

I have learned so much through this journey, even though it's been at times the hardest walk I've ever walked.  Through much thinking and processing, I now know why I had to walk this walk.

Had I never met Pony Girl I would have never left The Reluctant Farmer.  I would have essentially lived with my "friend" for the rest of my life, because that's what was comfortable.  I will never know why I fell so hard for Pony Girl, why I felt so deeply for her, nor why I allowed her to treat me the way she did.  I can only assume I fell for her because I thought I saw something special in her that wasn't really ever present.  I'm sure in some ways I was looking to rescue her.  I have done that in most of my past relationships, and rescuing things, people or animals, is something I'm good at.  I thought I saw someone who was kind, honest, happy, and who had just fallen victim to an abusive lover.  I will never know the truth behind Pony Girl or what made her mind work.  The truth is, I don't care to know any of that.  I don't wish anything bad upon her, I wish her happiness, and I'm simply happy she is no longer a part of my life.

I will say I needed to walk that walk though.  I needed to feel that pain, and above all else I've learned that pain deserves to be felt.  You can't push it away and you can't minimize it.  All you can do is push through it and have faith that with each step, hope and light will find you.

Pain is like a giant ocean wave, crashing upon us, pulling us under, grinding us into the ocean floor.  Faith is the light that directs us upward, and hope is the air we need to breathe on the surface.

Nicuk was a result of that trial, and the reason I now see everything else unfolded exactly how it was supposed to unfold.  I will be forever grateful with how she handled my healing process.  She understood there was no magic way to lesson my agony, there was no way to minimize the abuse I had experienced.  She stood behind me and reminded me the only way to heal was to acknowledge my pain with tears, talking, and time.  She allowed me and encouraged me to feel the heaviness, the hurt, and understands the holes in my soul that are left behind.

Honoring the pain and having hope happens if you just have faith.
She's the proof.
And I love her....
Posted by Emily Cromer at 9:34 PM 1 comment: 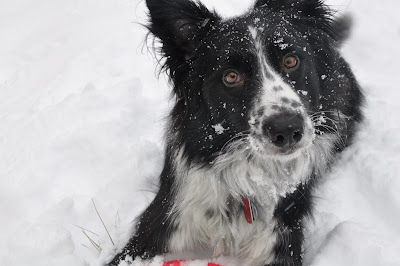 Today I had to put my sweet Lilly to sleep.

Lilly was actually a dog who came to me 3 1/2 years ago after being re-homed several times by various well meaning people, all whom should have never owned a Border Collie.  Luckily, Lilly ended up in a breed rescue, where I adopted her after she was returned by a previous owner.  Unbeknownst to myself and the rescue, Lilly had a bite history with several bites that the owner who turned her back in did not make known, and by the time I had Lilly in my possession, I had already committed to her.

From day one, Lilly was a challenge.  She was bold, fearless, relentless, and had a spirit I admired.  She had a "take no shit" attitude, and was a workaholic.  If you hang around in dog sporting, you will hear folks say:  "Oh, my dog has drive!"  And I will assure you, no matter how many folks have told me that over the last 3 1/2 years, Lilly had more drive than any dog I had ever met.  Sadly, along with this insane work ethic and drive, came some aggression issues.  It was manageable.  I knew it was there, and I felt like I could keep the other folks and animals in my family safe.  Until this week....

The Reluctant Farmer called me while I was on vacation and said Lilly had attacked our pit bull mix, Suzi, on the shoulder, ears and neck.  She had taken Suzi to the vet and had her doctored up, but she wanted my opinion.  It was decided she would separate the dogs and I would deal with Lilly when I got home.  Then The Reluctant Farmer sent me a picture of Suzi and my heart nearly stopped.  Suzi had several puncture wounds about her head/neck, but the worst was this HUGE hematomba that was the size of a small basketball on her shoulder.  It was horrible!  If it was any other dog, I would think that maybe the other dog did something to provoke Lilly, but I can 100% guarantee Suzi has never picked a fight with anyone.

Last night when Kay and I arrived home, I took one look at Lilly's eyes and knew something was different with my girl.  Call it intuition, call it paying attention to detail, whatever, but I knew something was off in her eyes.  We all discussed Lilly and what this new bout of aggression would mean for our family in terms of  controlling her environment, and it was discussed that her recent change in behaviour was making some of the other family members nervous.  As I was pondering just what to do, I looked down at Lilly and her head started ticking in a seizure like motion.  I called her veterinarian, and made an appointment to bring her in first thing this morning.

Our wonderful veterinarian discussed all of Lilly's symptoms with us, and she said she could refer us for additional testing at a state hospital, but warned us that likely the results would be the same, and she was leaning towards a brain tumor being the cause of Lilly's eyes being off and her suddenly worsening aggression issues.  After a consult, it was decided that in order to keep our family safe and to be fair to Lilly, euthanasia was the best option.

I loved Lilly with my whole heart.  She was one of those rare "soul dogs", the kind that are once in a lifetime companions.  This experience has changed me.  She has changed me.  I'm not sure if I will ever rescue a dog of that caliber again, simply because I'm not sure if my heart can handle the "goodbye" and the feeling of loosing.  I'm at a complete loss right now.....