My dad has a heart the size of Montana and his love for animals runs deep, but when you don't have the financial and physical ability to take care of yourself, taking care of an animal is impossible to do.

For years, our veterinarian has patched up my dad's cat as cost effectively as possible, and when my dad became ill, I spoke with our her explaining that because my dad was in such grave shape and would likely never go back to his house, I was going to bring his cat in to be euthanized because the cat was in just as bad shape as my father.

I am not one to save an animal who is suffering, but try as I might I could not bring myself to euthanize this cat.  For 4 months I have procrastinated, cried, and just turned a blind eye to the fact the end was coming for this guy.  Part of me sees my dad in this cat.  Part of me didn't want to euthanize him because in a way it felt like I was giving up on my dad.  Like I was euthanizing him.  Another part of me felt beyond sorry for this cat.  He is loaded with fleas despite my flea preventative donation every month.  He is horribly anemic, can't walk well, and is a mess from their living situation.  Part of me just wants this cat to live one day where he is warm, free of blood sucking parasites, and where he has a full belly.

Tonight I got the call from dad asking me to please take his cat to the vet.  He said the cat was unable to walk normally and that he was in rough shape.  I braced myself, fully ready to euthanize the cat, and together Kay and I drove over to take the cat for his final ride.  When we got there, I found a cat who could hardly walk, who had fleas so bad you couldn't see his skin, but through all of his sadness, he just kept purring.

The entire ride to the vet, I was bothered.  I know it makes sense to euthanize this cat, but I for the life of me just couldn't let go!  Finally, with Kay driving, and me deep in thought, I worked out in my head that I would have the cat tested for communicable cat diseases.  If he was positive, I would euthanize him.  If it was negative, I would save him.  I was leaving it up to the Universe.  I was going to let fate work it out.

Shockingly, Sam's blood work came back really well.  He has a high white count and is horribly anemic, but the veterinarian thinks there is a strong possibility he'll pull through.
If he does pull through, he will have a home here with us where he can live out the remainder of his days with no worries, plenty of food, warm/soft spots to rest his weary body, and no "little pets".

If he doesn't pull through, at least he died comfortably.

Like my father a few months ago, he isn't going down without a fight.... 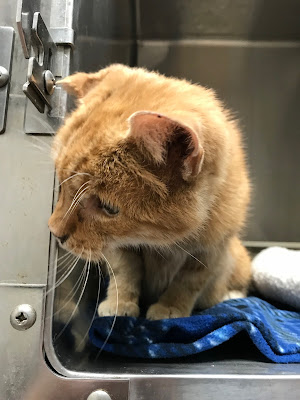 Posted by Emily Cromer at 7:54 PM No comments:

Giving Up Breathing for Lent 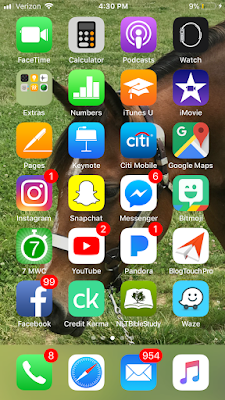 Truth be told, giving up breathing would've been easier than giving up Facebook!

I did this because I've come to the realization that Facebook makes me less authentic in real life, and it's squelching my creativity.

I jump on Facebook when I'm riding in the car, when I'm standing in line at Chipotle, when I'm stuck in traffic, and as embarrassing as it is to admit: even when I'm not "stuck" in traffic...

Last week my wife was talking to me when we were driving in the car and I realized we'd had an entire 20 minute conversation, and I could not tell you what she had even said.  (Sorry, Honey!)  That's because instead of being present, I was surfing through Facebook watching kittens fall off counter tops, learning how to bake a potato via solar power, and reading about my friend from 3rd grade's daughter who finally popped in the potty.  (Congrats, kid!)

Now, these things are important and I enjoy them, but do  I value them over the time I spend with my family?
With myself?
With my friends?

I wish my answer was no, but in that moment I realized I was placing more value on online relationships and the online escape than in my physical world, and I needed to stop.

There was no fancy post saying I was taking a Facebook sabbatical, I just quit.  Honestly, most people probably don't even notice I'm gone.

I'm allowing myself to get on to post my blog posts, but I'm not getting back on every few minutes to watch for "Internet trolls."  (A huge concern for me sometimes...)  I'm just sending my writing out into the digital world to survive on it's own.  To be liked (or not) by whomever enjoys it, and I'm going to catch up with it and read the comments the next time I'm online to share another blog post.

The first few days of being Facebook free caused me to tick and twitch, I so wanted to know what all those notifications were about, but this experience has actually forced me to write more because I can't quickly throw a picture on my wall with a funny saying.
It's forcing me to delve deeper.
I appreciate that.

It's made me be more present and I'm enjoying planning my spring gardens, playing outside, getting work done around the new homestead, and spending more physical time with the people I love. 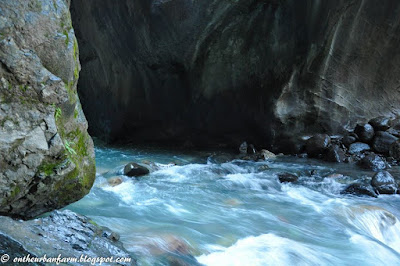 Several months ago, someone I love completely berated me via a myriad of vile text messages.  Whether this person honestly feels the way they claimed to feel about me, or they were just acting out of fear and stress, I will never know, but this person screamed the most inhumane things at me, and I have to admit her words cut me to my core.

I'm uncomfortable when I talk with this person because where I apologized for anything I'd said or done to warrant this person's feelings towards me, there has been no apology on her part, so even though this women acts like nothing was ever said, it leaves the continual question in my mind:  "Is what she said about me true?  Do I not know myself?  Does she honestly feel this way about me?"

This woman has stolen my spirit.
She has taken the joy out of my smile.
Her words took any self-worth and confidence I had, and ground it into the dirt.

This week I realized I was allowing this woman's words to define me, and I am here to say: No more!  I know who I am.

This woman's words will no longer hold me in bondage, and her words have no hold on me.
I'm shutting them down.
I'm shutting her down.
I was not created to be bullied, vulgarized, stigmatized or humiliated.
I'm writing this blog post to set me free......