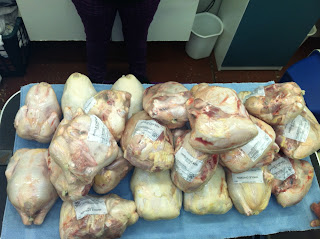 Perhaps one of the greatest perks about farming is the produce that is harvested after a lot of hard work, sweat and tears.  There are times I get frustrated and overwhelmed with all that I do and take on around here, but come butcher or harvest time all of that disappears.  There is no greater feeling than knowing you have a full freezer, with food that you have personally known and raised since it was a day old.  Several weeks ago we butchered 19 Cornish Rock chickens and 6 Freedom Ranger chickens.  It was quite the adventure this time, but once again we learned a lot and the outcome was the same: a freezer full of chicken!

The obstacles that we overcame/lessons we learned were as follows:

1)  A predator:  We started off with 10 Freedom Rangers, but due to a hawk that took off with 3 and 1 chicken that escaped the coop and met it's demise via Jack Russell Terrier, we ended up with 6.

2)  Miseducation:  This was the first time the Remys had raised meat chickens and I had explained we needed higher protein chick food, however they were miseducated by an employee at our local feed store.  When they went to get the feed for our meat chickens the store was out of that particular kind.  Brent questioned the employee and  she assured him this other type of food was exactly the same.  Wrong!  It lacked 6% of the protein that the 24% feed contained and our chickens looked pathetically small.  We realized the issue one night 2 weeks into the new bag of feed, however that threw us 2 weeks behind on our butcher date.  I once remembered speaking to a farmer who told me she fed 32% catfish pellets to her chickens and they beefed up quickly.  We harnessed this idea and away we rode!  Within those 2 weeks our chickens were back on track and bigger than ever!

3)  Butcher late:  Due to the previously mentioned issue we butchered 2 weeks late, and the feed cost for an additional 2 weeks of sustaining 25 meat birds is quite large!

4)  Rain storm from hell:  We had a drought for most of the summer and our meat chickens were in an open sided pen due to the excessive heat and ease of moving for better grazing.  Then there was the rain storm from hell and several chickens were injured and 1 died from being cold and wet.  Fail!  We fixed the pen up and will attempt this again, but with a few moderations the next time.  Namely, a shelter that resembles a car port that the Remy's purchased which doubles our chicken living space!

5)  We did remember to allow the chickens time to "rest" after they were butchered and left them in the refrigerator for 72 hours prior to freezing.  This worked like a charm, and was definitely why our chicken was tough the last time.  Truthfully, this was all I was worried about this time!  There was nothing more disappointing than feeding, housing, and caring for a bunch of chickens that were tough even in a crock pot!  I was so happy with the results on this go-around!

6)  Lastly, we have decided that we will only be raising Freedom Rangers for our freezer in the future.  The Cornish Rock breed is so dirty and expensive.  They eat and poop so much and are genetically modified to get big quick.  They don't even act like normal chickens past a certain point, where the Freedom Rangers act normal.  They eat half of what the Cornish Rocks eat and they graze and peck around much like normal chickens do.  They do mature slower than the Cornish Rock so be prepared to raise them for 3 weeks longer, however if given grass and the ability to forage you actually end up feeding them less.

Farming is a constant reminder to be humble, and I learn so much by growing my own food.  It is a constant trial and error, however the end result far outweighs any strife that presents itself along the way.  I am continually blessed by what this little piece of earth is able to provide me, and grateful that I get to do it all again tomorrow!


Shared on the following blog hops: 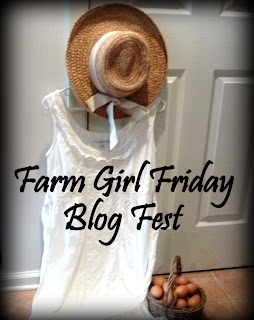 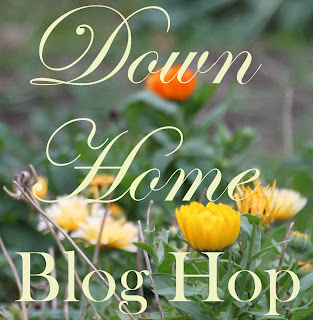 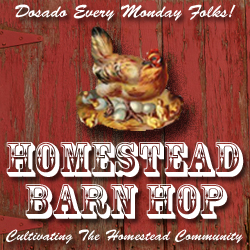