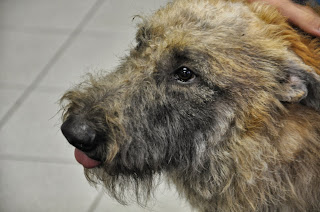 When I bought Chai 10 years ago, I said the next Belgian Shepherd I bought would be a Belgian Laekenois.  The only problem being that the Belgian Laekenois is so rare, it was difficult to find a breeder in the United States.  Fast forward, 10 years and the Belgian Laekenois is still not easy to find here, and I knew I was looking for another Belgian so I looked at importing but that just seemed silly to me.  I rescue dogs constantly, and for me to pay thousands of dollars for a dog just seemed wrong.  Importing a pet dog?  Even worse.  I understand importing show dogs, but with millions of dogs in shelters all over the country, I couldn't justify bringing a pet dog into the country.

I was willing to pay a moderate re-home fee for my new best friend, but had given up on the idea of a Laekenois, figuring it just woundn't happen.  By chance I got on Facebook and asked in a Belgian Shepherd group if anyone knew of any Laekenois re-homes. Several weeks ago I received a message from a breeder in Virginia who had several older puppies that she was trying to place because they were not show quality.  That was exactly what I was looking for!  It sort of felt like the heavens aligned and were shining down on me, because I could hardly believe my luck. 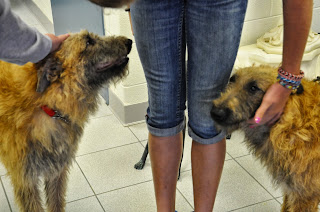 The Reluctant Farmer, Katzya and myself drove to Virginia this weekend where we met Lou Anne and her curly headed kids, and we fell in love.  When we arrived, we were warmly greeted by the 2 males that we were to look at.  (Male dogs are my preference...)  However, Lou Anne mentioned that she had "a female that acted like she had been shot out of a cannon" and wanted to know if we wanted to meet the girls too.  Well, we had driven 8 hours to see these dogs and we are dog people so immediately we said yes.  We walked through the kennel and I think my heart just stopped.  To watch 5 Belgian Laekenois puppies playing, running, and jumping was the neatest experience ever!  I was in awe.... 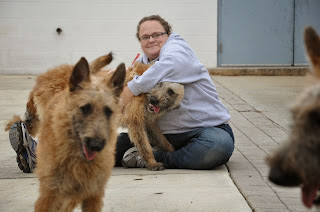 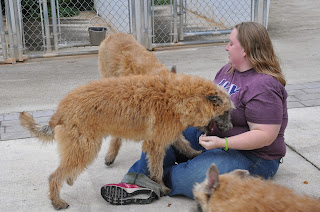 There were 2 dogs that we just kept going back to, a male (Tru) and a female (Linda).

Linda was exactly the type of dog that I love.  (You know I love all my creatures a little bit bad...)  She was bouncy, in my face, and demanded I look at her.  It was evident that she would be an amazingly fun dog to work with.  Not a push over, not too hard, but just right.  I like to work with a challenge and I appreciate a dog that keeps me on my toes.

Tru was exactly the type of dog that my family needed.  He was reserved, calm, and wise.  He would excel in the obedience world you could tell, and he just seemed like a very easy dog.  One that would not be hard to live with.  I appreciated his regal demeanor, intelligence, and the fact he was so different than Linda.

It was virtually impossible to choose which one we liked more, so we didn't.  We took home both.  Nuts?  Maybe....  Happy?  For sure! 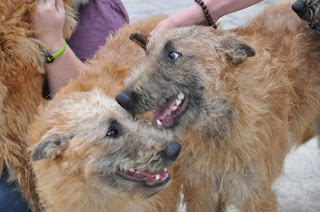 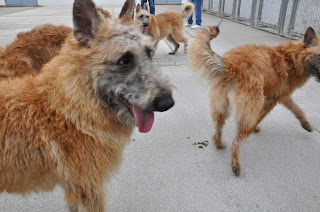 Email ThisBlogThis!Share to TwitterShare to FacebookShare to Pinterest
Labels: Dogs