Thank you for your concern 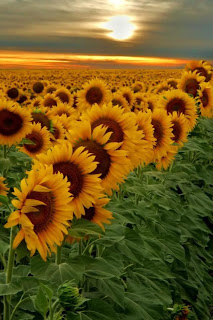 There were several people that were offended and concerned by my video last night due to the fact that I introduced Stella and Hawk to each other with no leashes on.  Different opinions make the world go round, and I am not one to shy away from the fact that sometimes people don’t agree with the way I do things around here.  I’m fine with that.  At the end of the day I urge you to do what’s best for your dog and your situation.  I am only writing to tell you why I do all of my dog introductions this way…..

Leash reactivity is one of the biggest behavioural issues created by owners.  Owners don’t mean to cause issues for their dogs, however they inadvertently do so by introducing their dogs incorrectly.  By nature dogs greet each much differently than humans do.  Dogs don’t ever run up to each other and invade each other’s personal space.  In fact they usually greet each other from the side to make themselves less threatening during their initial greeting.  (You can see Stella do this at 0:16 and again at 0:46 in the video from last night.)  If you introduce dogs on a leash you force them to confront each other head on which as an initial greeting, can be seen as a challenge and cause the other dog to become offensive.  In my experience this is the worst thing you could possibly do when you have dogs that have any type of issues with meeting other dogs.   The key to introducing any dog to your pack is to be confident, calm, and be ready to correct any behavior you don’t want immediately.

If I had thought there were going to be any major issues with these two dogs, then I would have never introduced them.  I refuse to set a dog up to fail, especially one that I have been rehabilitating.  With that also being said I frequently let my dogs figure life out on their own without me micromanaging them.  I am in charge at my house, and I expect all of my dogs to act a certain way.  Rarely do they disappoint me.  I find that my pack of dogs knows more about being a dog that I ever will and if you let them be as natural as possible in their relationships with each other, then you will actually have less problems then you would if you tried to “help”.

I felt confident in my progress with Stella and in the options that were presented as potential friends for her.  I had met both of those boys as they were both from the hoarding case, and I was not worried about them in the least.  Thank you to all of the people that emailed me about their concerns for the dogs, I’m sure your concerns were driven from the heart…..
Posted by Emily Cromer at 9:15 PM